My freelance commercial and editorial photography career has made me comfortable with a lot of uncertainty. But it has reached a point where much of the photography work I do has become easy, and the benefits that this affords : efficiency, predictability and authority are now an every day occurrence. I am no longer white-knuckling it until the next month,  as I have built a repeat client base that sustains me through the lean periods and I have enough perspective to know that there will continue to be a demand for what I do; even after AI guts some genres of freelance photography.

My clients don’t argue with me when I tell them what can be done and what cannot be done in a certain time frame and budget, and they lean on me for professional resources and creativity above and beyond my work as a photographer. So, what more could I want?

I think too much certainty is fatal for the career of any artist because it prevents us from stressing, striving and improvising in novel ways to solve for creative and logistical problems. Creative formulas are necessary to work efficiently at what you are good at, but if you want to be known for anything else other than what you do best or solve new problems, then you need to work in an uncertain environment.

I need commercial and editorial photography assignments that I DO NOT know how to solve for at first glance; or even second glance because part of creating is problem solving. 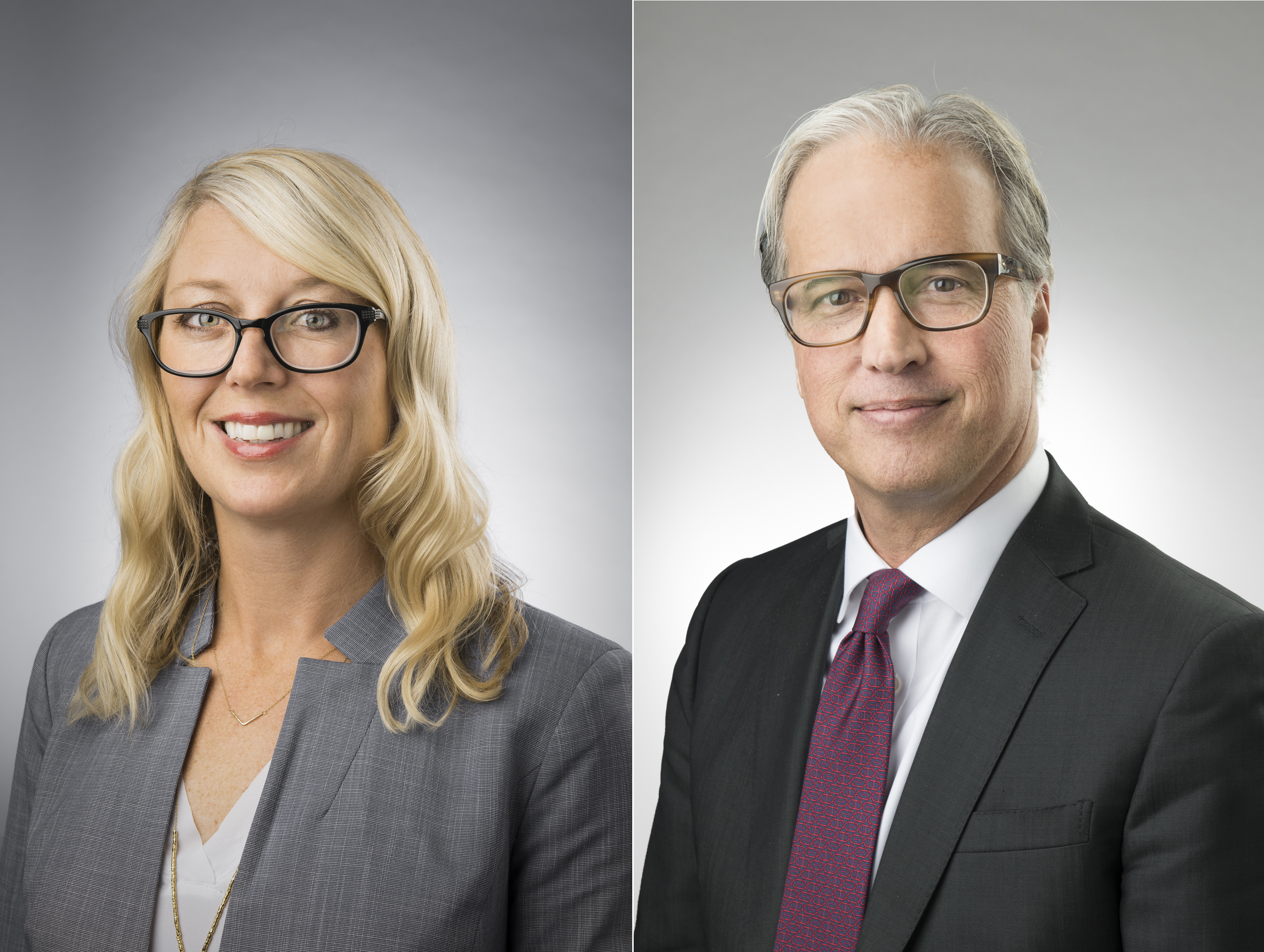 Corporate headshot for a financial client.

The corporate headshots above are something I excel at, and what I get called for very often. I am grateful for the work and the income, and I can  do this work with my eyes closed, but that is the problem.

It is no longer challenging and there is no uncertainty about wether I can make it happen or not.  Short of an act of God, I cannot fail, and this is what my clients expect.

I understand that photography clients don’t want me experimenting and coming up with interesting surprises. For the most part, they want efficiency and extreme competency and certainty, and that is what they get.

This is the case with many of my assignments; but not all. The more certain I am of something, the less likely I am to see possibilities beyond what I know and I cannot learn anything new without being uncomfortable and uncertain.

But with other commercial clients, where they are struggling with an approach to  a project, or I have not encountered a challenge before, then I have more freedom.  Often my clients will ask me for an approach to what they want me to shoot  because they know they don’t know. Other times they may not admit to or even know they don’t know what they want, but the uncertainty of the their language is the big tell.

They will say,  “I don’t want the photography to look too corporate and I want the pictures to show their character; but not be too crazy” but all the people are business people in a conservative environment. Ugh.  See above corporate portraits.

What does that mean? Do you want Rolling Stone style portrait or something along the lines of “O” magazine.?

“We want to show some personality but I don’t have any examples to show you.” 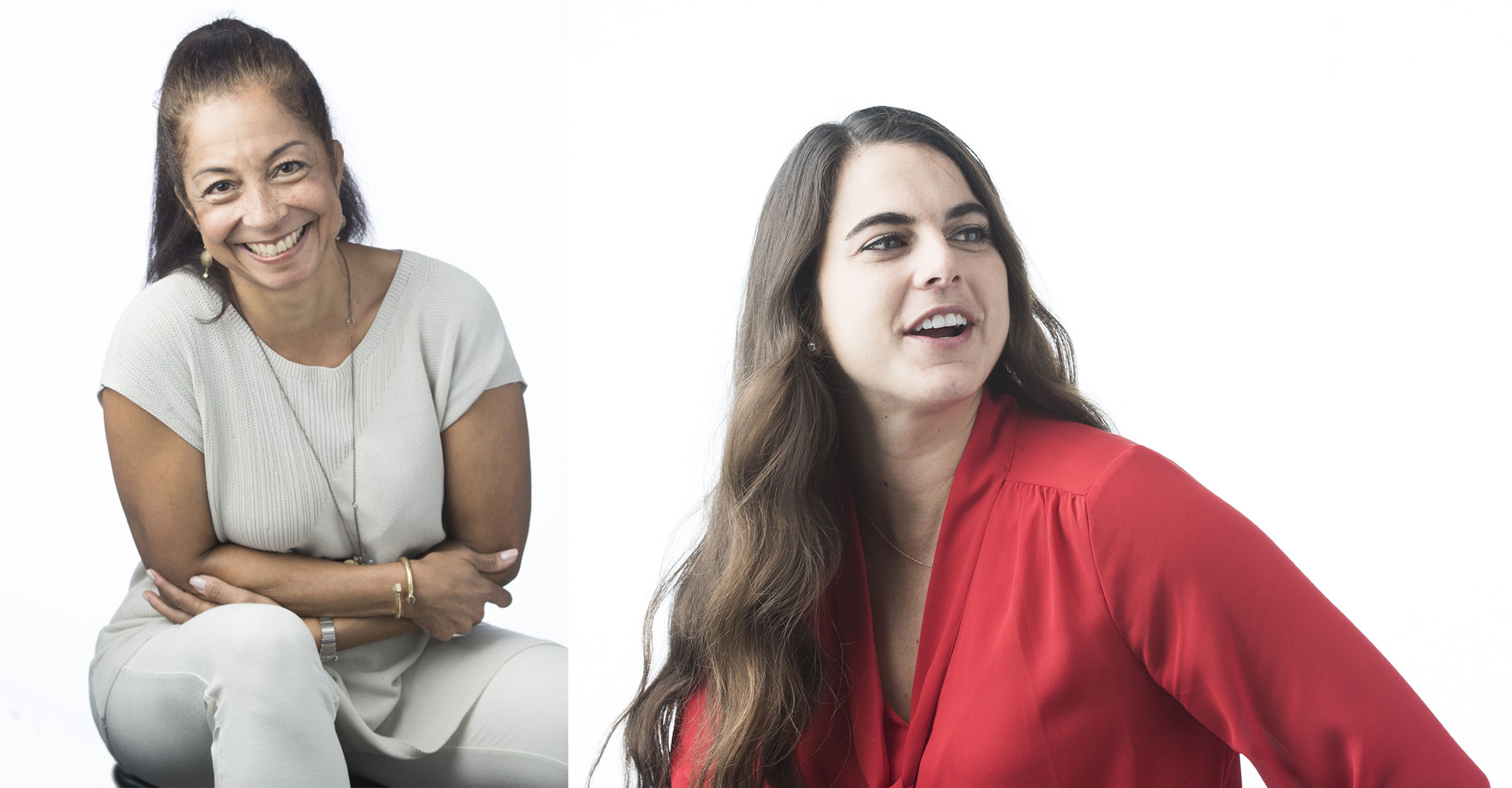 These photographs were part of a social media campaign for the  aerospace company Thales, Inc.

This is my entry point. These assignments I like the most because I am working on the edge of my knowledge, where the outcome is not guaranteed and I am having to invent something to solve a problem. I cannot depend on creative formulas. I can actually fail.

For the images above, I shot for a Thales Inc. social media campaign,  they wanted about 15 of their corporate staff to be photographed in a way the illuminated their personalities. During the production meeting we talked about my approach to the assignment and they accepted but I was still not sure about how I was going to get a lot of authenticity out of non-professional subjects.

On the first day of the shoot, I remembered a little bit of brain science   which observed that the “conscious mind” can only process 50 bits of information per second. So the question was, if I bring in conservative corporate folk into a studio session with a 30 minute time limit, “How will I make them forget they were being photographed?”

I had two people, whom they knew, on either side of them behind screens talking to them, occupying a lot of band width. In addition, I was also talking with with the photography subject,  so they could not carry on three conversations at once and be self conscious about being photographed. It was kind of like trying to dribble two basketballs and have a conversation. The two day assignment was pretty fun and everyone had a great time.

It yielded a novel solution to the practical problem of creating interesting images business people in a short time frame. 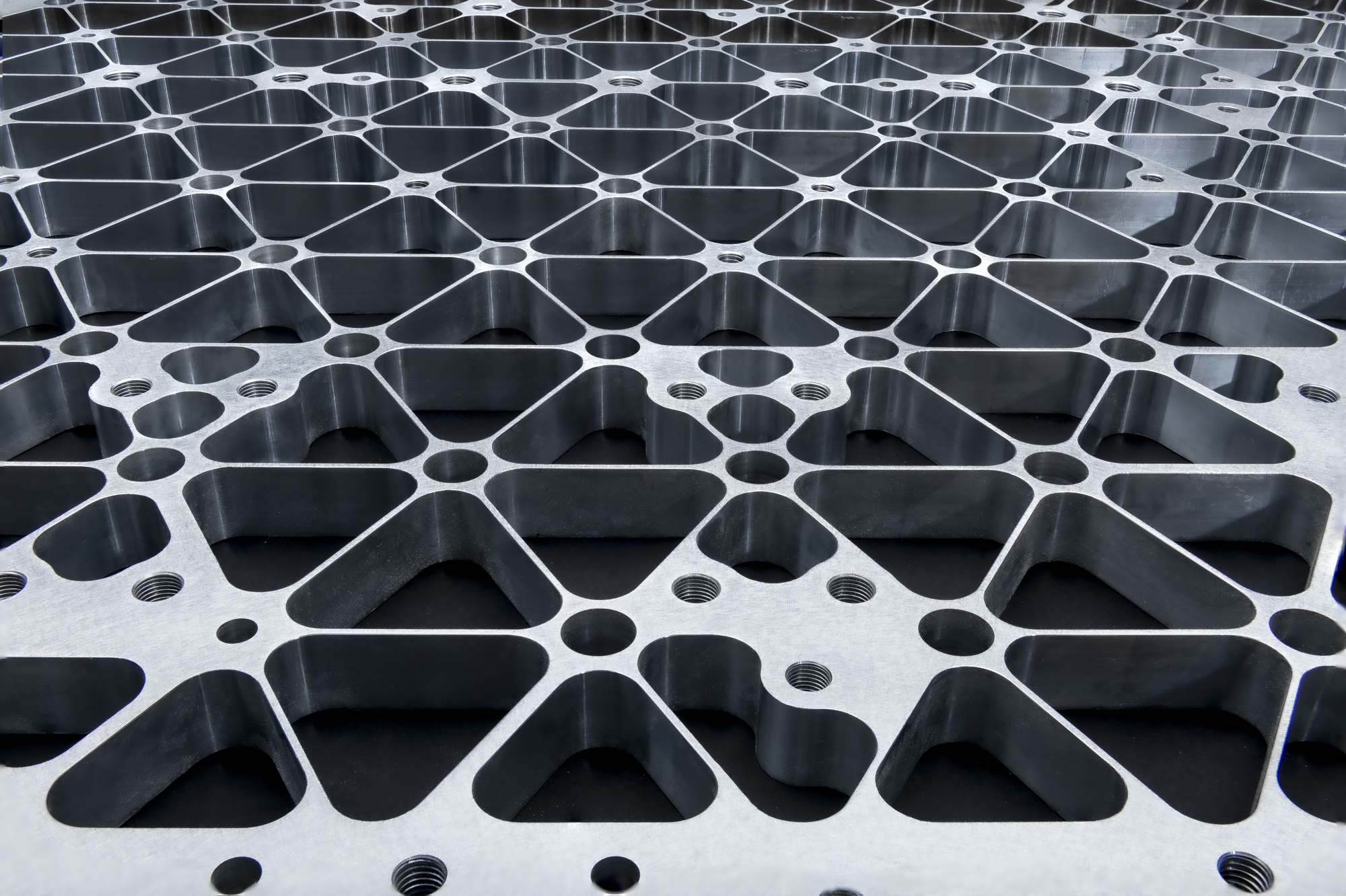 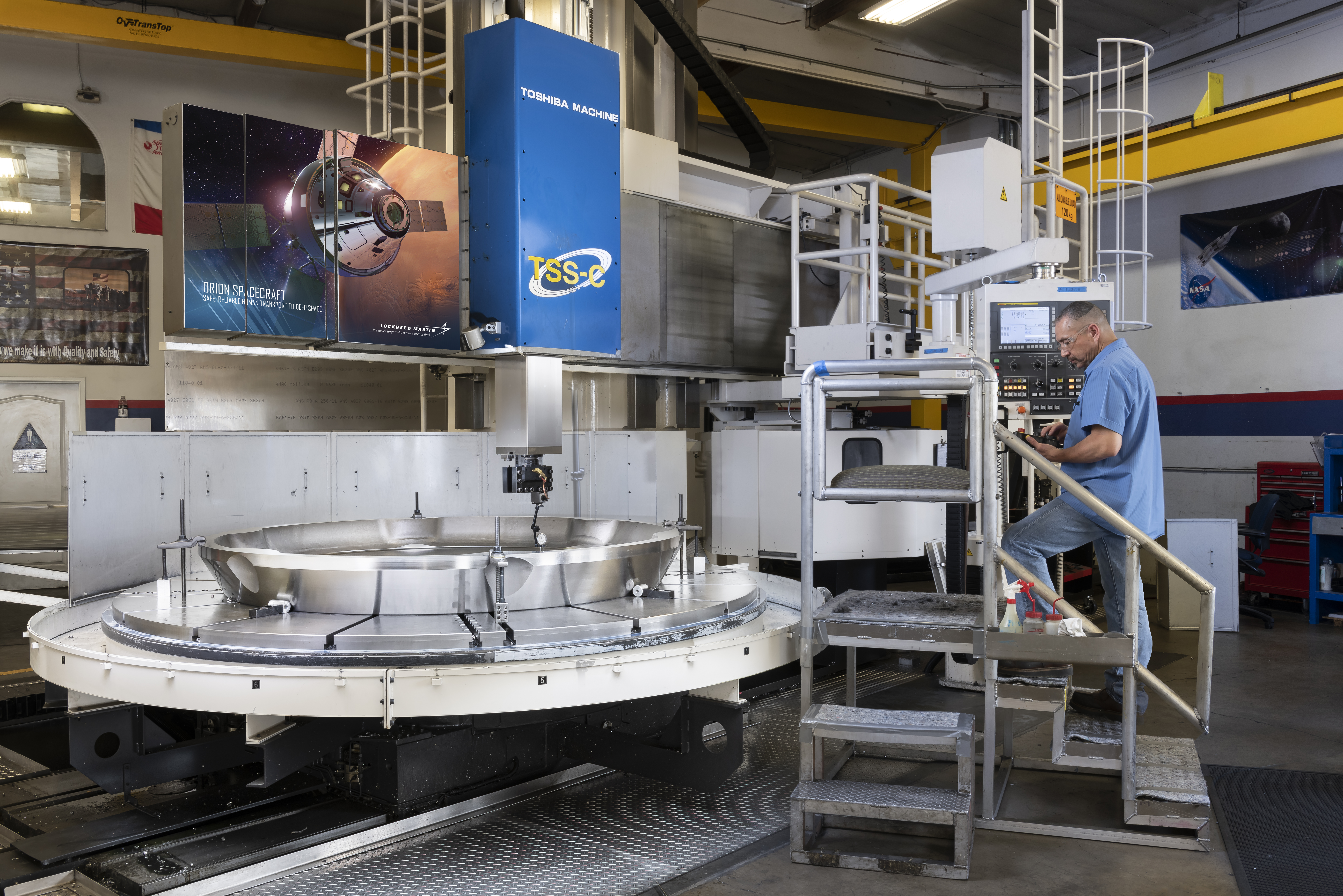 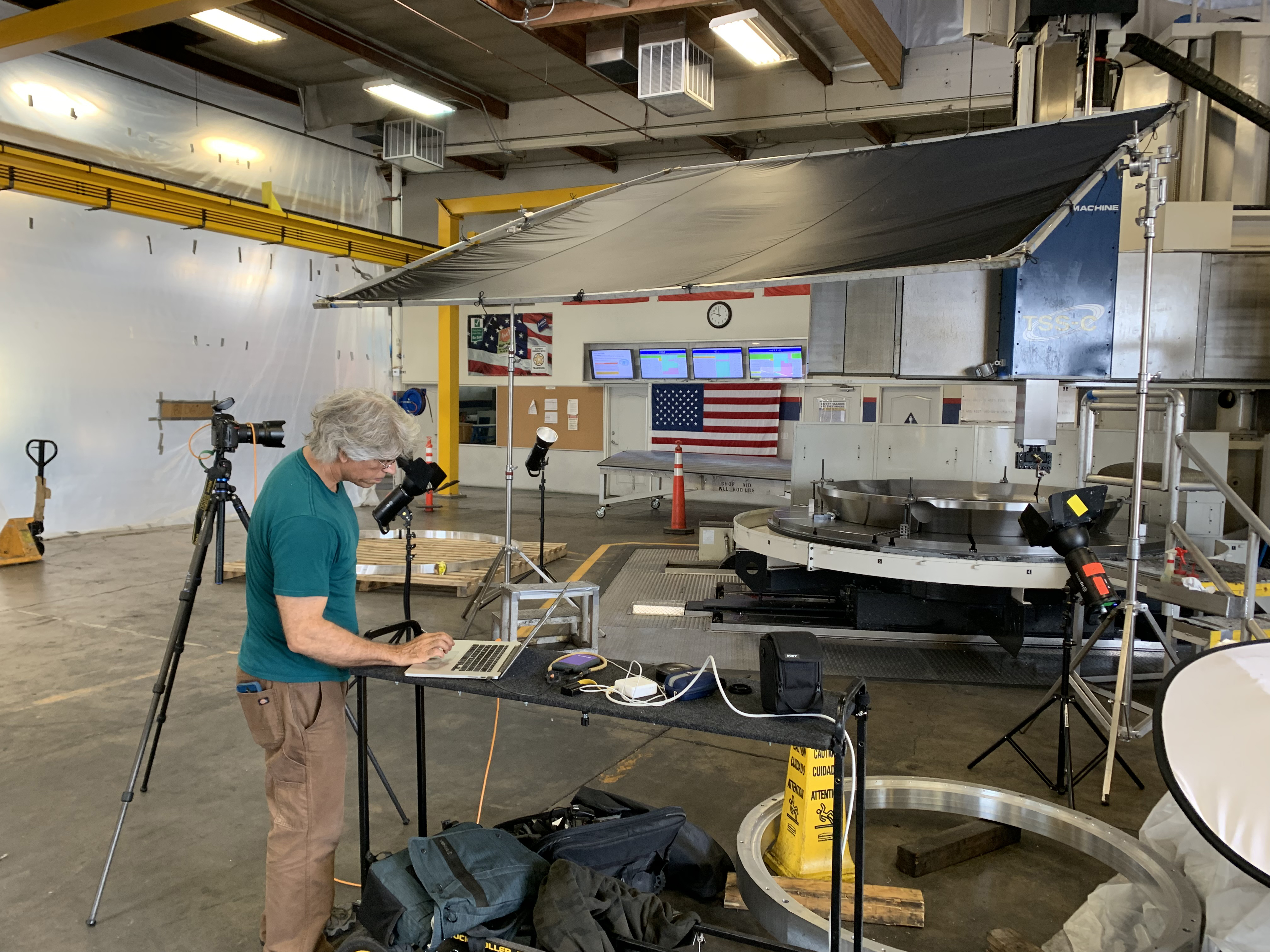 The  industrial photography  above are photographs created while working for  an aerospace fabricating company. They make custom pieces for NASA and  aerospace companies.

The idea they had  for the lattice structure was for me to shoot  it  in a way that I thought would be logistically problematic and NOT interesting, so I stuck my neck out and proposed another way of shooting the image. The uncertainty in photography assignments with challenges you have not faced before is that you can fail.

I had remembered basic still-life lighting technique from my photo classes 40 years ago and had run into a couple car shooters who talked about  how they light things, so I had a good sense how I should should shoot the assignment. The uncertainty was that I did not have anyone to talk to about the project before hand and I never shot anything like this before. I was operating  out of realm of my comfort but I had a strong sense for the lighting.

The client loved the image and told me “The images are better than imagined they could be.” That felt good to hear.

Below is a photography project for a pharmaceutical client (my largest client at the time)  who asked if I shot still life; specifically pills. Ugh… I said, I had not shot still life for many years but if she sent me the pills and comps, I would shoot them on spec for her and if she did not like it then I would not charger her anything. 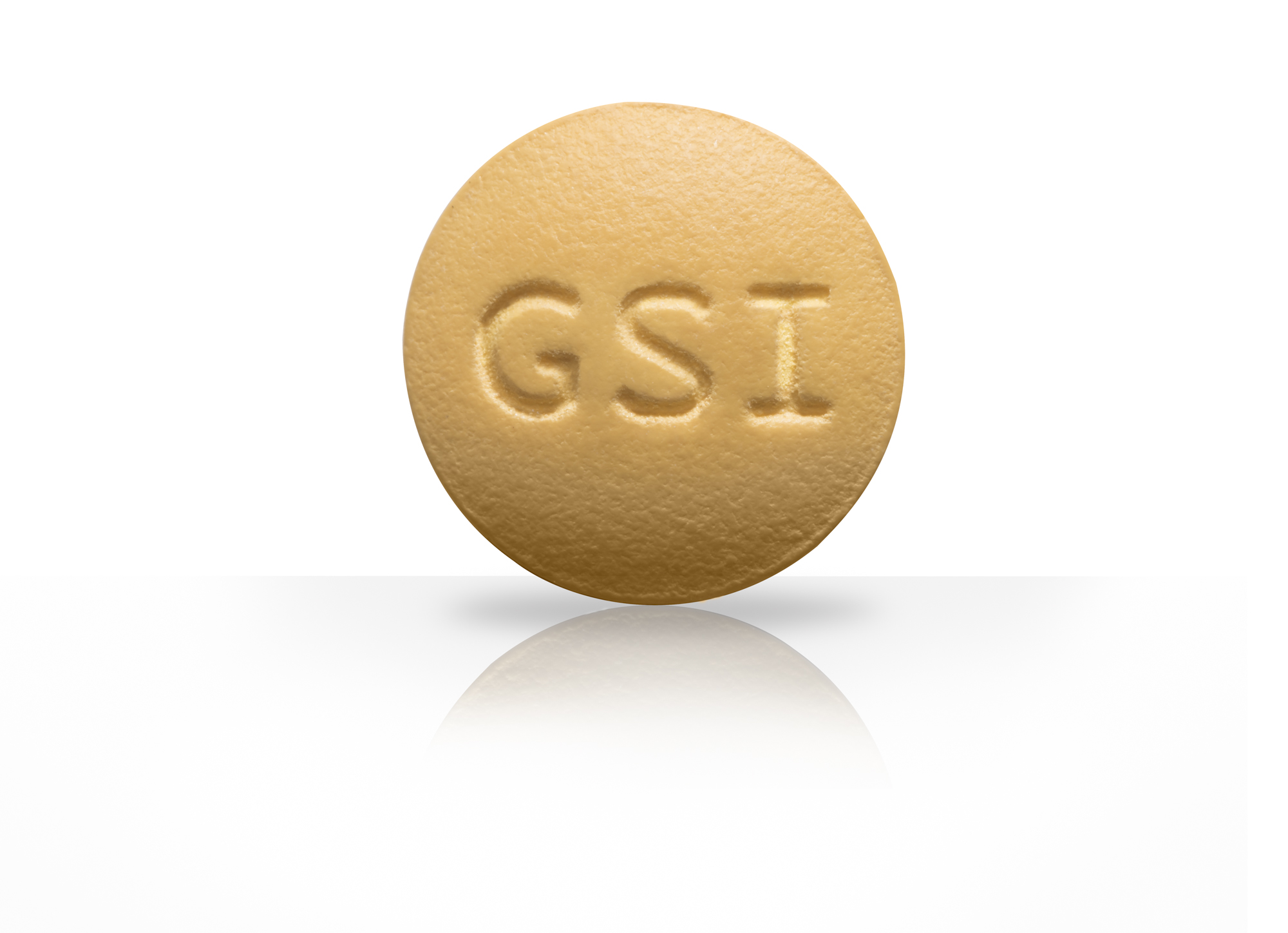 Still life photography of a tablet for a pharmaceutical company. 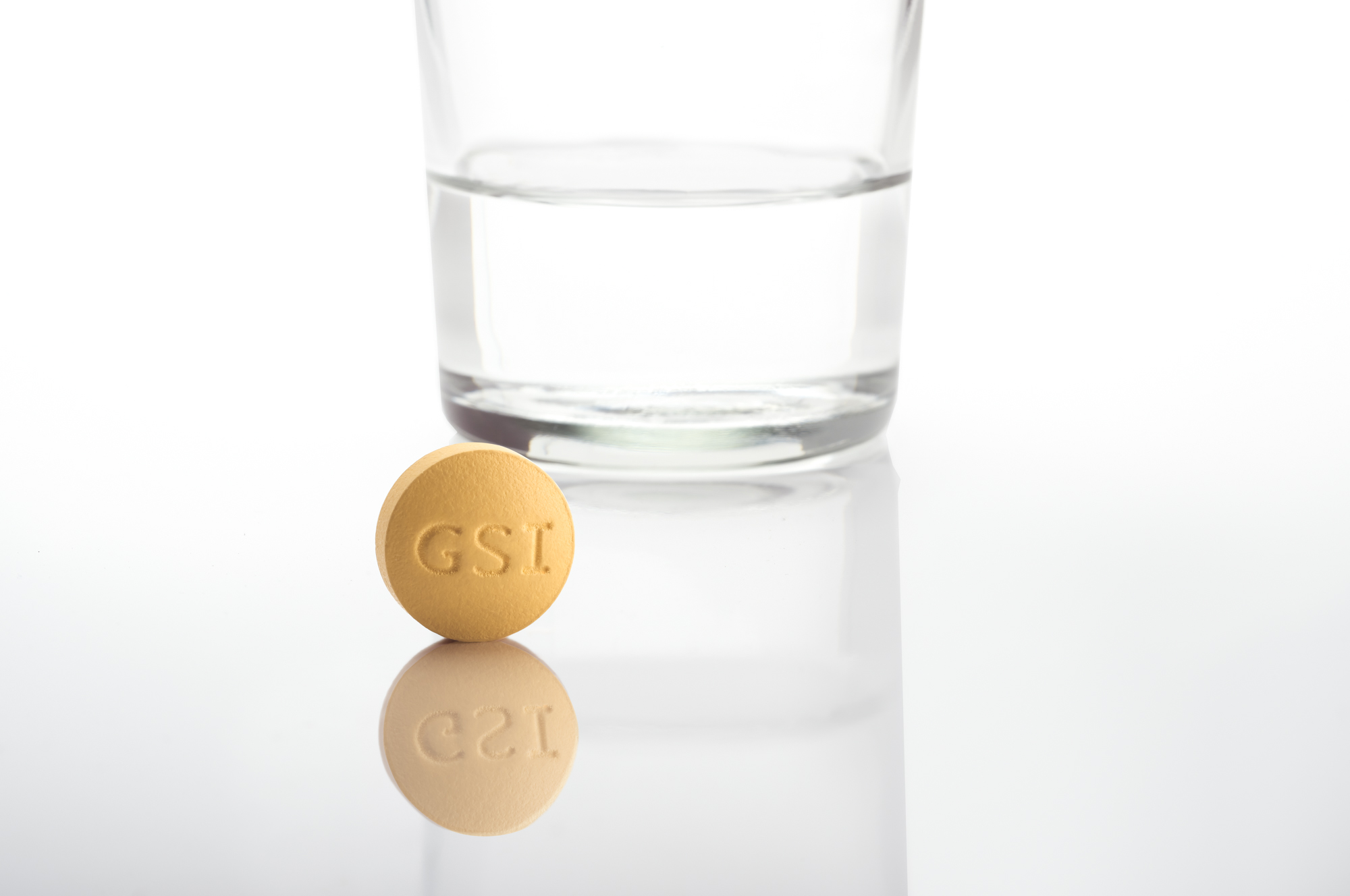 The first time I shot pills took me two weeks to figure out how to make the photographs as good as the comps. I leaned on friends who had table top photography experience and figured out the rest on my own. The client loved the images I and got to the point where I could make the same pictures in six hours.

The initial photography assignment was nerve racking because I had only done a couple of assignments for the client and wanted to be the go-to guy for the company, and I was for some time.

The images below are part of a project on science and scientists that I began and a completely new endeavor. I was interested in doing art pieces around science but I knew that unless I had prototypes, no one would pay attention to me. So I took an existing series of editorial portraits I made  and started experimenting with visual concepts that I could apply to the science of gravitational wave astronomy, for which Kip Thorne, won the Nobel Prize. 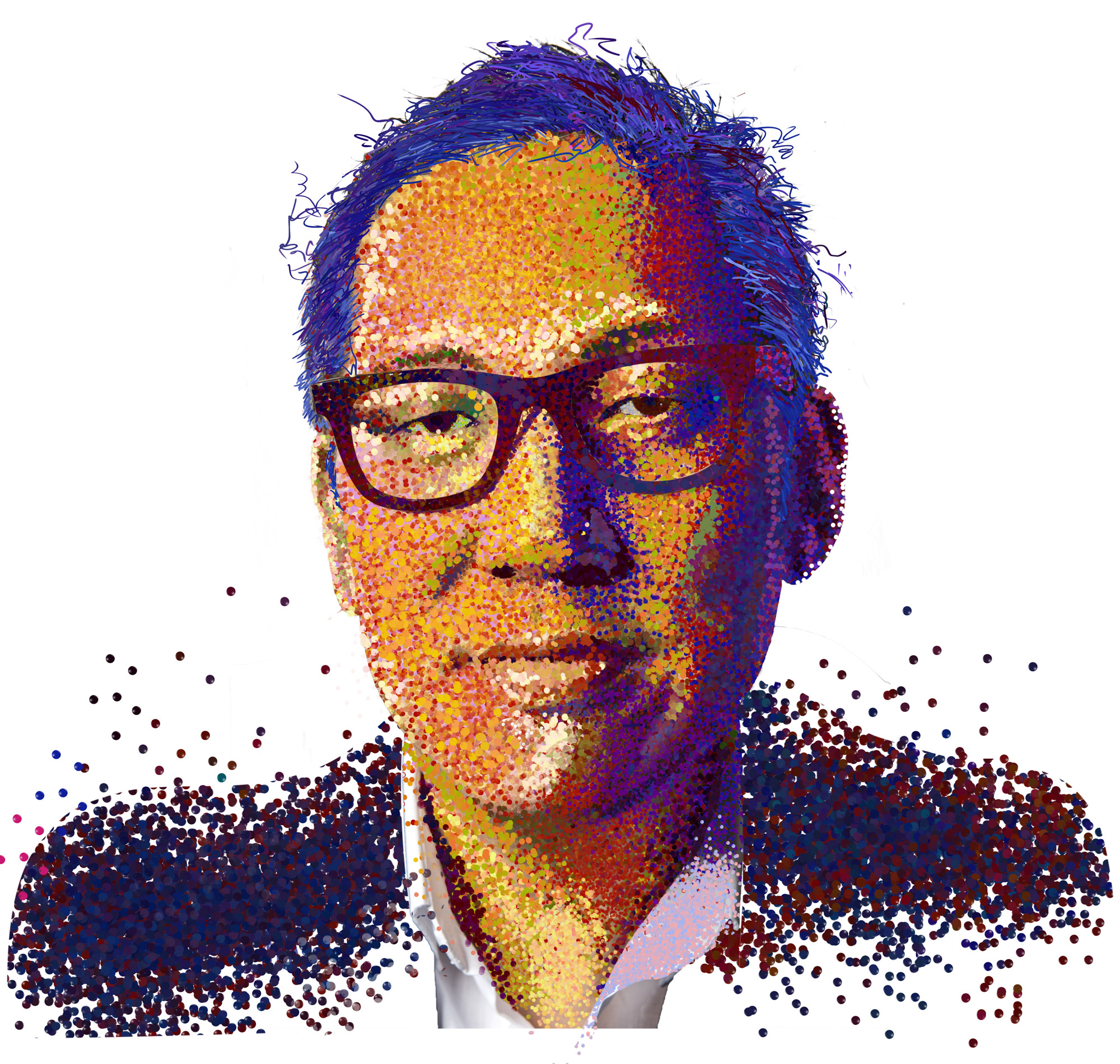 The first image above  was an exercise in the idea of entropy that I had to solve for. Something I was able to do after studying the concept of entropy. The second image (below) is where I played around with the notion of particle physics (I studied the field for months) . 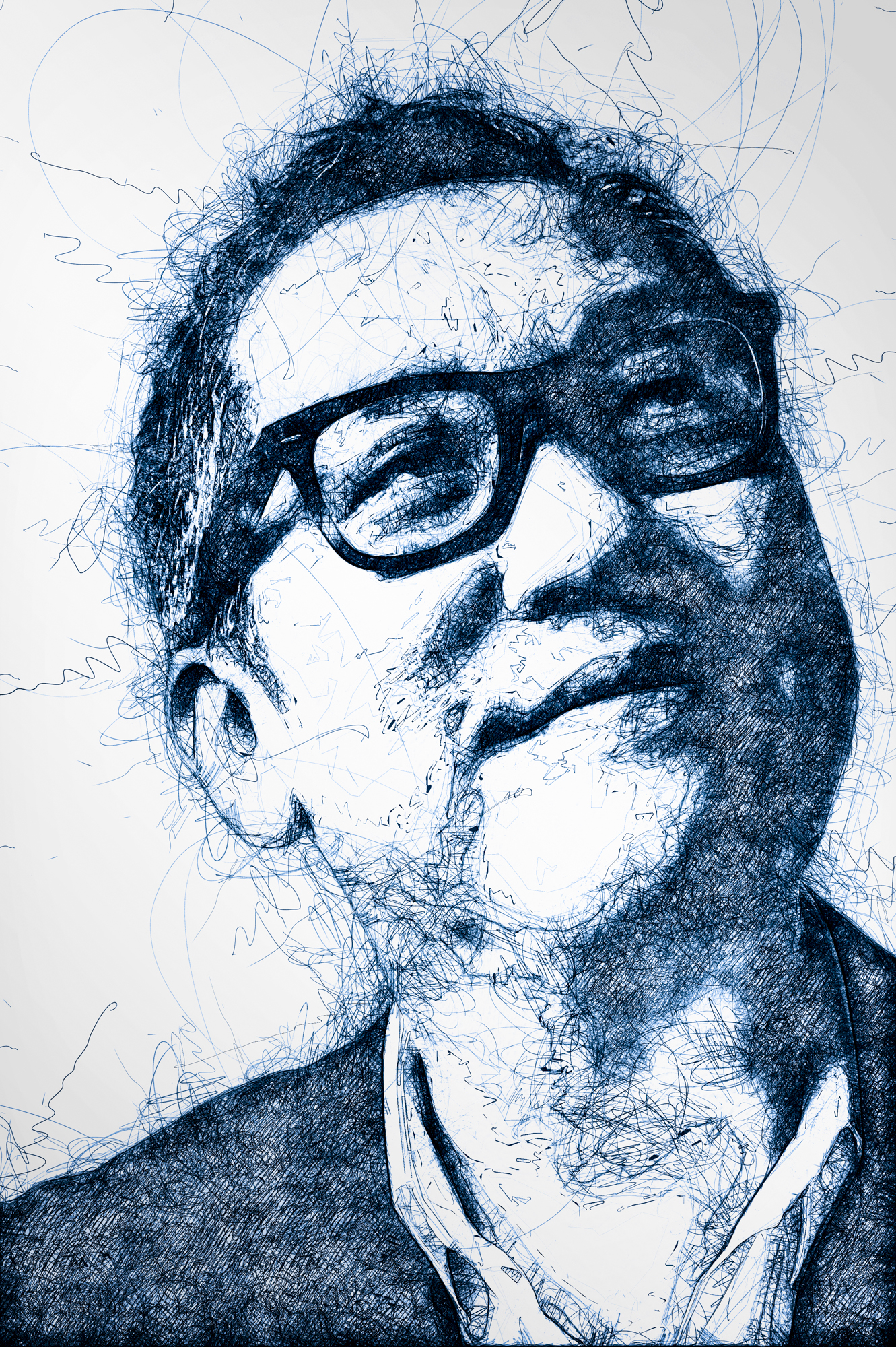 The third, (below)  is the completed idea of gravitational wave physics where I took existing images from NASA and the LIGO site and used them to create all the imagery that is not the photograph. 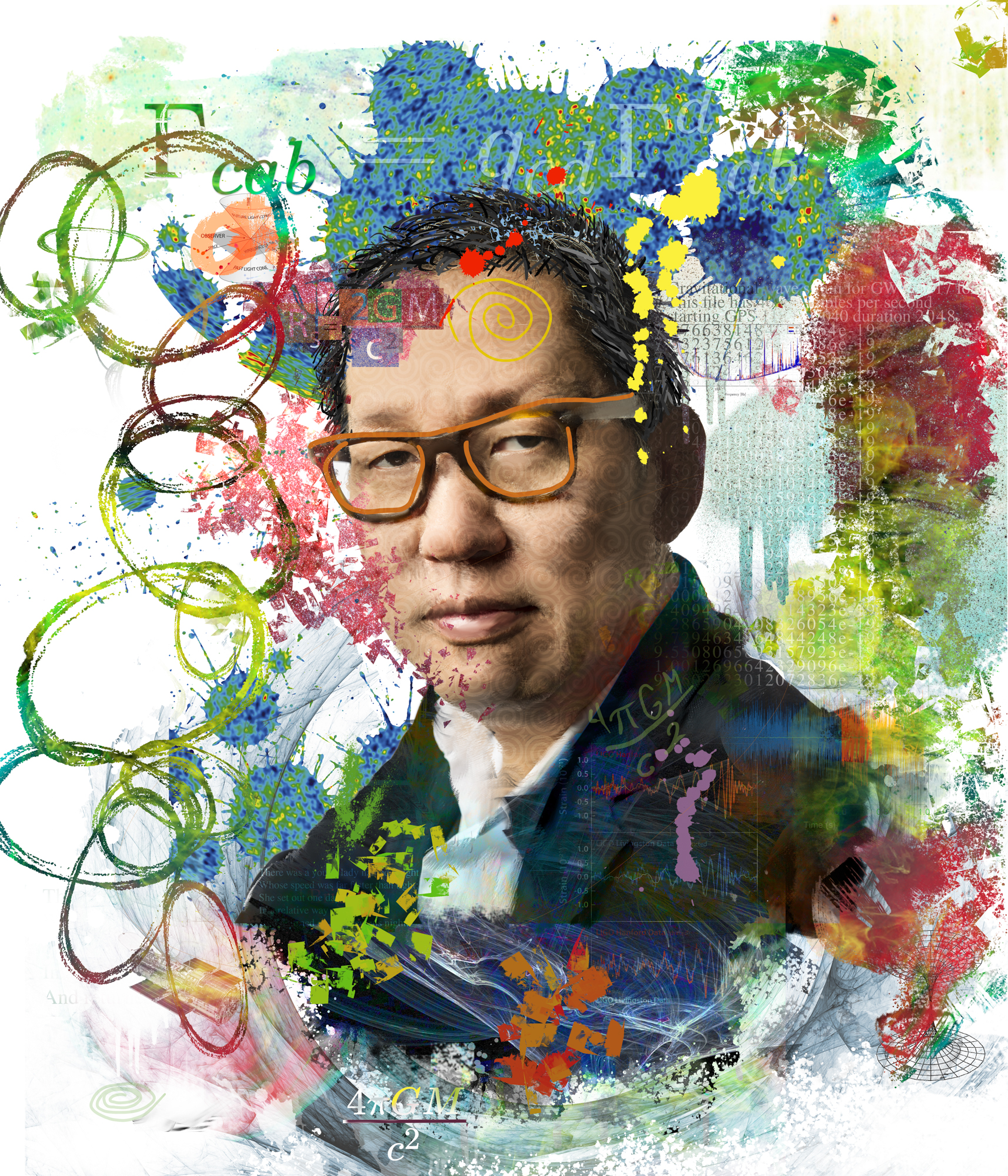