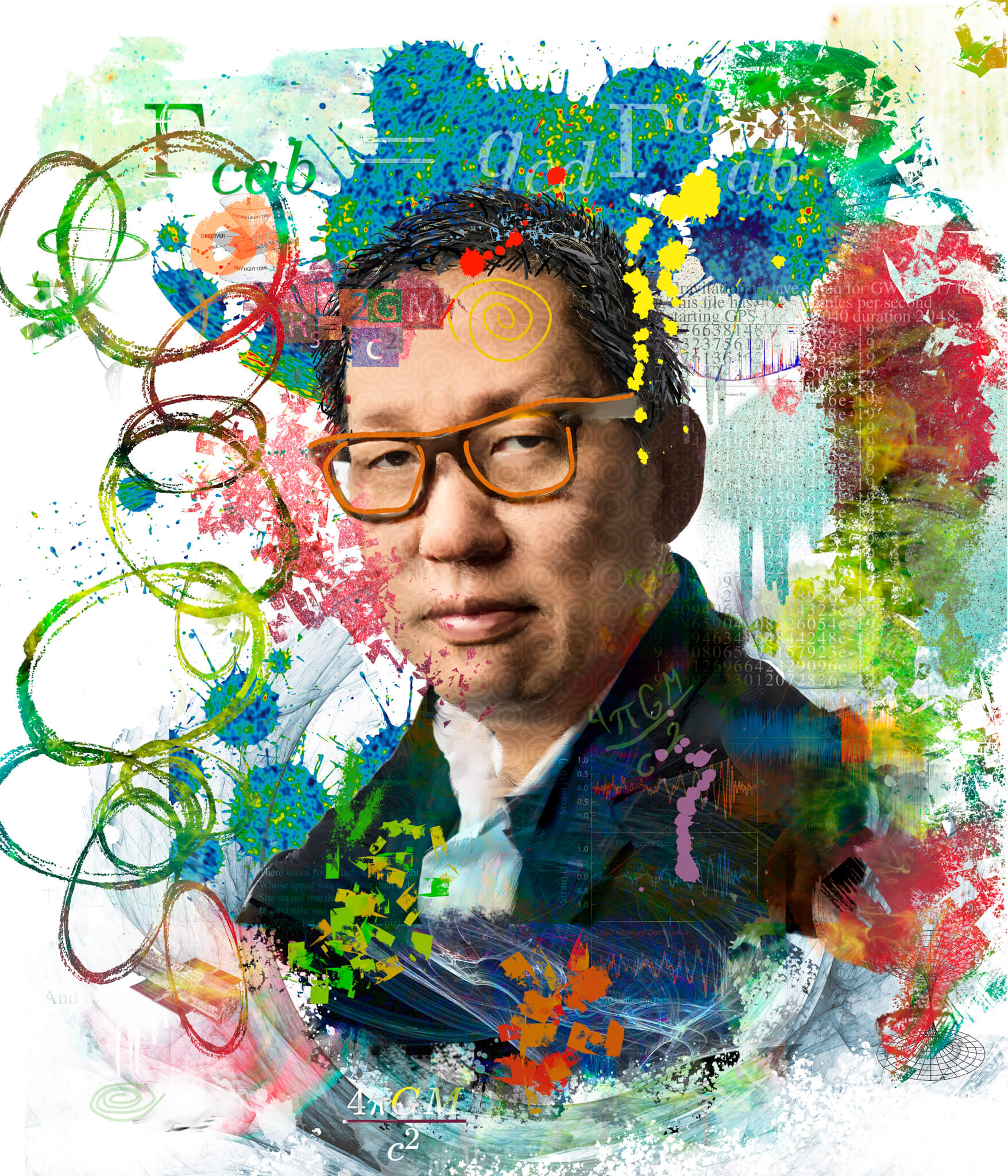 Easy gets hard and harder to do every day.

The project was born out of a restlessness with my current profession as a full-time commercial photographer; a lot of it has gotten easy, and EASY can be dangerous for any artist when the work becomes routine and sometimes boring.  So I needed a challenge that was so far out of my league it would result in daily failures with only incremental successes. I needed to learn again.

The above piece uses a STAND-IN for Dr. Thorne who, after seeing my work, graciously allowed me to photograph him for the real piece. It only took 8 months to get an audience with him!

It  is one of three  prototype art pieces centered on three Caltech scientists , who do their research conveniently close to my house and coincidently, do research into science I have been  interested in for a long time: Black hole theory, gravity, directed evolution and quantum physics. How hard could it be to understand something about these science ? Ugh….

I had read one of Kip Thorne’s earlier books on “Black Holes and Time Warps ” and became fascinated with Kips ideas.

I figured that no one was going to give me the time of day since I had no track record as an artist, so I created three pieces as proof of concept so the scientists would take me seriously. I am still working on the other two scientists. 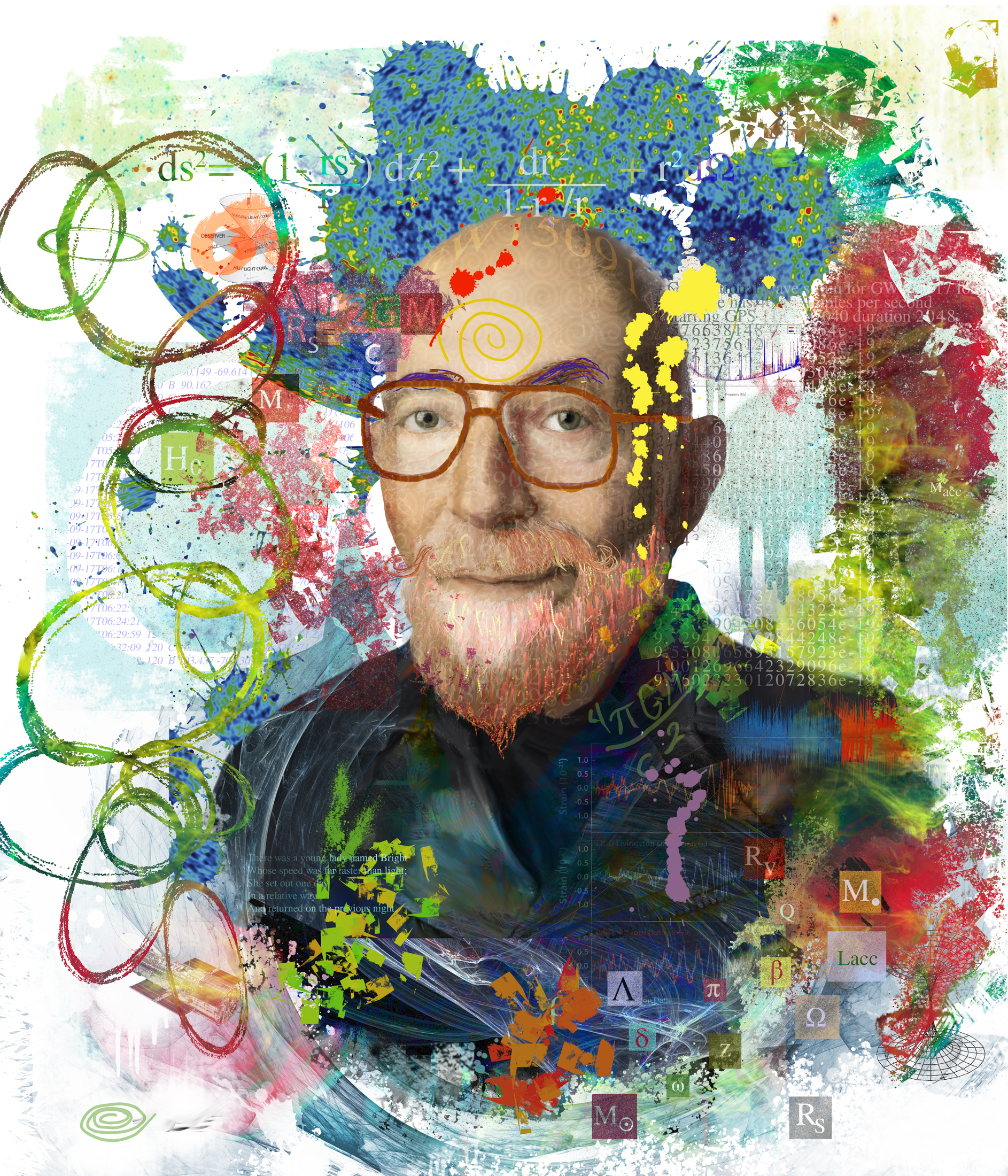 My first piece was made with Astrophysicist,  Dr. Kip Thorne, in mind, who along with two other physicists, first detected gravitational waves through their development of LIGO and consequently received the Nobel Prize for their efforts .

The mixed media piece above has the dimensions of 30 X 40 inches and I used digital and traditional paint to create it.

It took me about three months to complete, first because I had to study the science behind gravitational waves, so I could visualize the key elements of the science, then because I had the learn how to paint in Photoshop from scratch, create custom brushes and complex masking techniques.   Lastly, I have a career as a commercial photographer that I have to maintain, so I could not do the art full time.

It is one of three pieces that I have made; the other two centered on Bio engineer and Nobel Laureate, Francis Arnold and quantum physicist Maria Spirapulu. Postings to come. 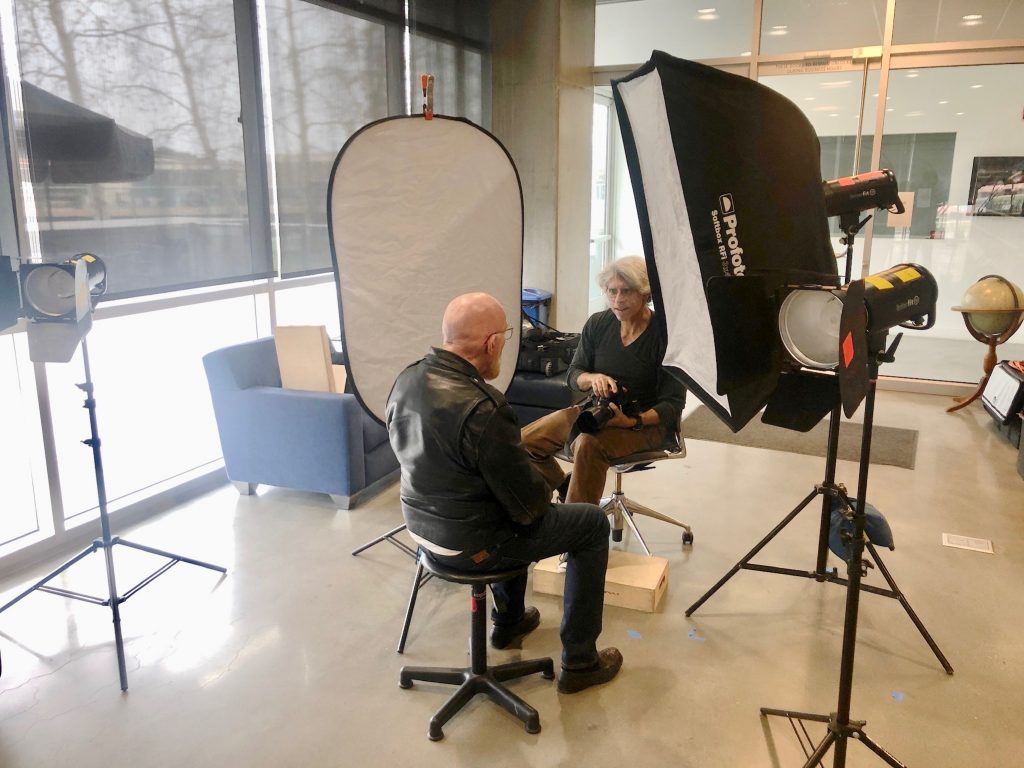 The last challenge to Kip’s piece was his demeanor was different than that of my stand-in. My impression of Kip is that, despite his rock star status, he is a deeply humble and amiable man without artifice or show of ego. My stand-in how ever, is a CEO with great gravitas and seriousness. So I am not sure that I was able to reconcile the different  personas in the piece.

I had built a piece around my stand-in and not factored in the difference in person between the two. It is a good lesson for future projects.